Promoting the role of youth in political and democratic spaces: Online peer-to-peer dialogue 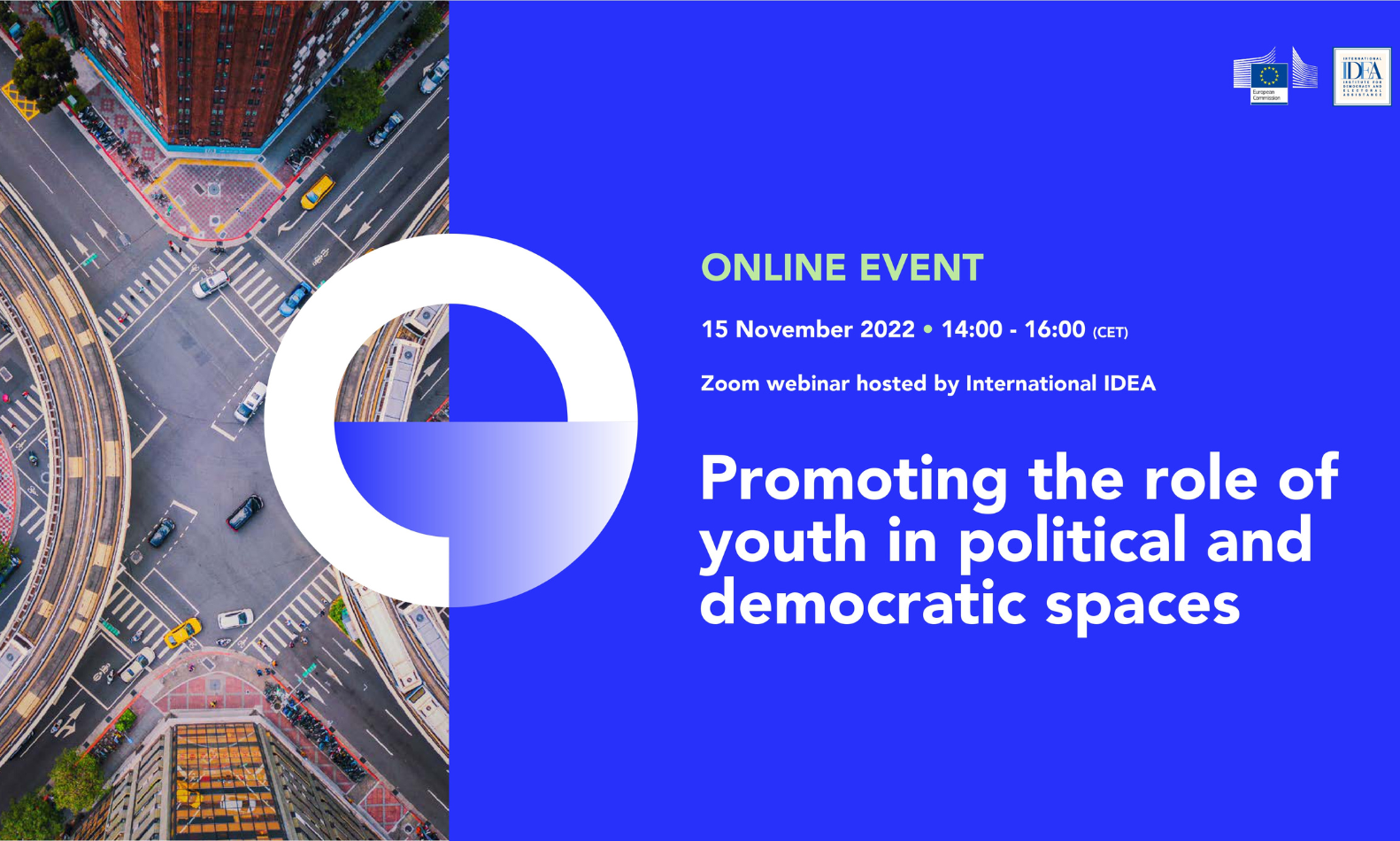 On 15 November 2022, International IDEA, in collaboration with the European Commission (EC) and the Youth Political and Civic Engagement Cohort of the Summit for Democracy (S4D), held an online peer-to-peer dialogue, Promoting the role of youth in political and democratic spaces. The event explored commitments on youth presented by governments at the S4D, drawing lessons learnt and identifying opportunities for further engagement for the Year of Action. It offered an opportunity for discussions between European Union (EU) and non-EU governments, civil society organizations (CSOs) and other relevant stakeholders on youth and political participation, and on youth, digitalisation, and online electoral integrity.

The event consisted of two sessions: ‘Youth participation in democratic processes’ and ‘Youth and online electoral integrity’. The former session discussed commitments on inclusive youth representation and efforts to increase their participation in democratic processes, as well as the role of civil society and potential future opportunities. The latter session focussed on empowering the participation of youth in the digital sphere, including the role that young people can play in safeguarding online electoral integrity and fighting mis- and disinformation.

The dialogue emphasised three issues main issues: First, it is important to invest in both old and new ways of getting youth to participate in democracy. Old ways include focusing on youth elections turnout, where countries such as Brazil have lowered the voting age to 16, but also opening up political parties to greater youth involvement, such as in Ghana. New ways can include participatory budgeting in schools, as in Slovakia, and the many online tools that give youth greater voice. These online tools, however big the opportunities for youth participation, also come with great threats of disinformation, manipulation and polarisation. Costa Rica and Finland have taken on themselves to invest in social media literacy to address these threats. Secondly, in order to involve youth politically, existing actors are also needed to open doors and mentor youth. This includes political party leaderships, as in Costa Rica and Ghana, but also parents to guide youth in digital literacy curricula, such as in Slovakia. To do so well, there is a need to disaggregate between different youth groups, and focus on boys and girls, minorities and rural and urban youth, as in Nepal and Costa Rica. Thirdly, the role of youth needs to play a role in the Summit for Democracy. Tom Millar of the European Commission called upon the youth cohort to be the most active one. But real change can only be achieved by having measurable commitments that are concrete enough to be implemented, but also that can be monitored in a way that makes a difference.

Watch the playback of the peer-to-peer dialogue here.

Some of the main takeaways